A STORY, A CHRISTMAS PUMPKIN RECIPE AND A FREE COOKBOOK TODAY, ALL FROM THE MALL FAIRIES SERIES! 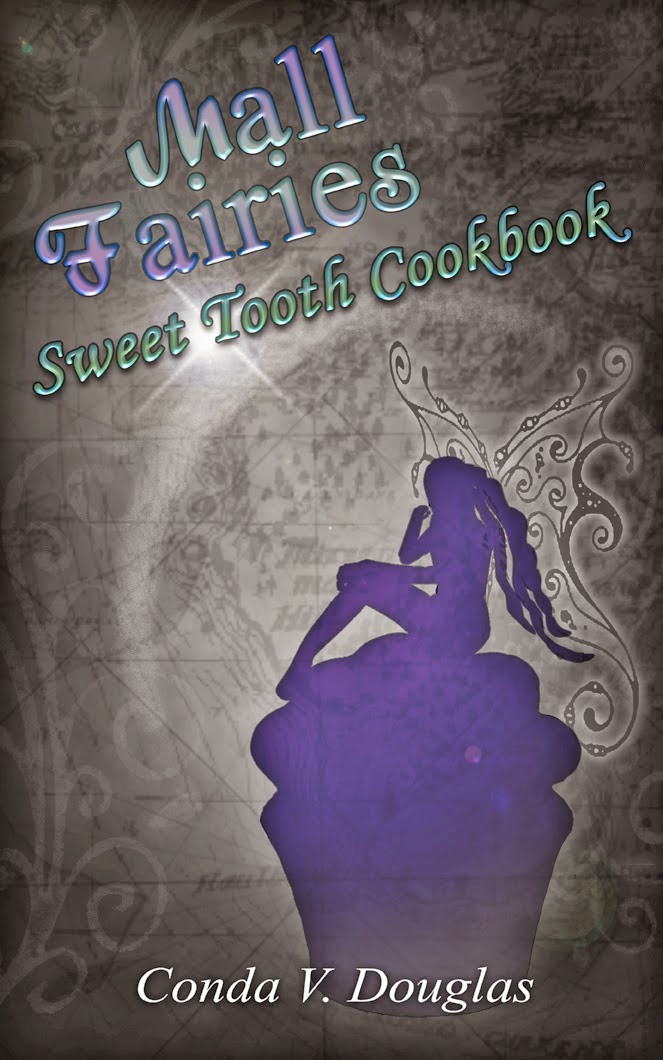 If you're like me, you get crazy enthusiastic about the holidays and holiday desserts and end up buying two or three of those big honking cans of pumpkin. No worries!  The Mall Fairies Sweet Tooth Cookbook to the rescue with several recipes for pumpkin, including the one below, as a pumpkin-y taste. One reviewer said, "What a delightful change from the usual cookbook genre! The author creates little vignettes to introduce a reason for the creation of each recipe." Plus The Mall Fairies Sweet Tooth Cookbook is free today only here. 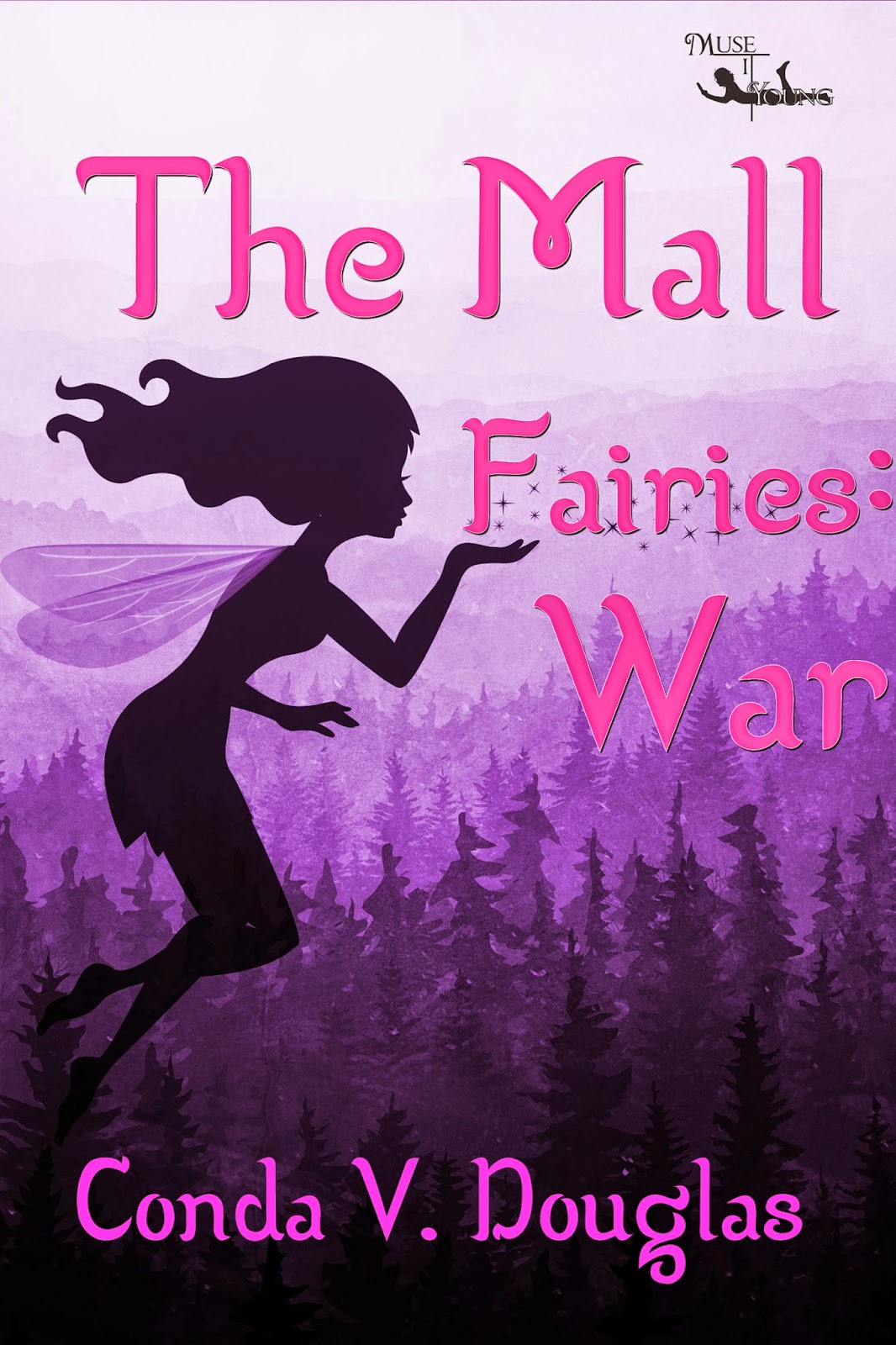 (Conda's note: this story is about the pixies that are introduced in my new release, the second in my Mall Fairies' trilogy, The Mall Fairies: War, out now. Enjoy meeting Flit and the rest of the pixies!)

FLIT AND THE PUMPKIN BREAD AND BARS AND...

"What, in the Big Digger's name, are we going to do with an entire pumpkin?" Cheer, the leader of the pixie clan glared at Flit. Cheer sat straight on her rock—okay, throne, as she insisted it be called—and leaned forward.
Flit fingered the hem of her mouse skin cloak. She'd thought that Cheer would be pleased with what Flit and her friends had managed to find tucked away in a human's garden and haul home. There were times when she hated her part time job of scavenger—Dumpster diver—provider of foodstuffs for the pixie clan. She gestured at the human's fist-sized pumpkin. "It's a tiny pumpkin."
"For human's maybe, not for five-inch-tall pixies. For pixies, it's big enough for all of us to live on for a week."
Flit nodded. "Exactly."
Cheer slumped on her rock. "My fault for sending a healer out instead of a hunter."
"Pumpkin is very good for you," Flit the healer said.
Cheer sighed. "Right, but I'm sending all the complaints your way."
… Three days later …
"Roast pumpkin, pumpkin soup, cold pumpkin soup—no more!" Digger, Flit's best friend, stood in front of a large group of angry pixies confronting Flit.
"But—" Flit looked over at the pile of cooked pumpkin, the rather large pile of remaining cooked pumpkin.
Digger saw her looking. "Yeah, I hate to waste food too, especially food I helped you drag home and then cook, but we're making an exception this time." The other pixies nodded in agreement.
"But—" Flit cast her gaze around as she tried to think of a way to use up the pumpkin—her gaze fell on the stack of honeycomb freshly stolen from a hive. Aha.
"What if we had it for dessert instead?" Flit asked.
"Dessert?"
"You know, make up some pumpkin bread or bars with acorn flour and the honey—"
"Yeah, yeah, that sounds—delicious," Digger said. The other pixies nodded again.
"And it's healthy too," Flit had to add.

Spread batter in a greased 15x10x1 baking pan. Bake at 350 degrees for 25 – 30 minutes or until a toothpick inserted comes out clean. Cool completely.

For a richer dessert, frost with one of Grandma MacDougall's frostings (recipes follows Molasses Cake recipe in The Mall Fairies Sweet Tooth Cookbook).

Enjoy! And dear readers, do you have any recipes to share for this most glorious pumpkin season?
Posted by Conda Douglas at 8:13 AM

Okay. I'm hungry now! But my appetite for a cute little story is satisfied. And here is a recipe I love:
TOASTED PUMPKIN GRANOLA
…………………………………………………………….
Prep time: 10 minutes
Cook time: 40-50 minutes
Serves: 8-10
Ingredients:
- 4 cups old-fashioned oats
- 1 cup pumpkin seeds
- 1 cup chopped pecans (or walnuts)
- 2 teaspoons cinnamon
- 1 dash of nutmeg
- 1 cup canned pumpkin
- ½ cup maple syrup
- 2 teaspoons vanilla
- 1 cup cranberries
- 1 cup flax seeds
Directions:
1) Pre-heat oven to 300 degrees Fahrenheit
2) Line two cookie sheets with parchment paper
3) Combine the oats, pumpkin seeds, flax seeds, nuts and spices in a large mixing bowl
4) In a smaller bowl, use a whisk to combine the pumpkin, maple syrup and vanilla
5) Add the wet ingredients to the dry ingredients and stir until the ingredients are well mixed
6) Divide the mixture between the two cookie sheets and spread out the mixture on both pans
7) Cook for a total of 40-50 minutes, stirring periodically so that the granola is uniformly cooked
8) Once the granola is done, remove the cookie sheets from the oven and stir in ½ cup of cranberries to the contents of each sheet
9) Let the granola cool completely before breaking it up into chunks
10) Store it in an airtight container and enjoy

Oh yummo, Kathy! What a great recipe! Thank you!