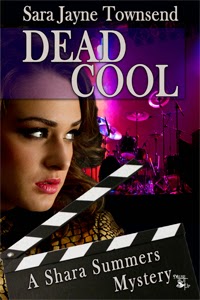 Dead Cool, the second in the Shara Summers Mystery series.

It's my pleasure to have mystery author Sara Jayne Townsend on my blog today. Thank you for visiting, Sara! Without further ado...

The Complicated Love Life of Shara Summers
By Sara Townsend
I always said I don’t write romance novels.  I don’t like reading romance novels – I have always held this view that too much romance detracts from the action.  But lots of people like love stories, and even I will agree that sometimes a love interest can add a bit of spice to a sub-plot.

When I created my amateur sleuth Shara Summers, I made her a 30-year-old straight single actress with a fairly relaxed attitude to casual sex.  It was logical to assume there would be men in her life.  I also decided that a slightly chaotic love life would make for a more interesting character than someone in a happy and stable relationship, especially since this was a character I wanted to take through a series.

So I had already decided that Shara would have relationship problems.  However, I did not anticipate when I set out to write DEAD COOL, the second book in the series, just how chaotic Shara’s love life was going to be.  The book begins with the re-introduction into her life of her Canadian ex-boyfriend, David.  Shara is now settled back in England and thinks David is behind her and far away, in Toronto.  But then he turns up on her doorstep – literally – begging her to audition for the sudden and unexpected vacancy of backing singer in his new band, which is about to embark on a European tour.

It soon becomes clear to Shara that David isn’t quite as over their relationship as she is.  But she’s more interested in the band’s guitarist, Jake.  And then when the band’s front man is killed, the handsome detective constable investigating the case seems far more interested in Shara than perhaps he should be.  And what of Richard, the actor that Shara was seeing at the end of DEATH SCENE?  She’s ignoring his calls – but why? 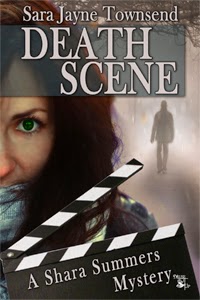 This isn’t a love triangle I’ve put my poor character into.  It’s more a rectangle.  It seems the path of true love is not destined to run smoothly for my amateur sleuth.  But from a reader’s perspective, I think it’s far more interesting when it doesn’t. 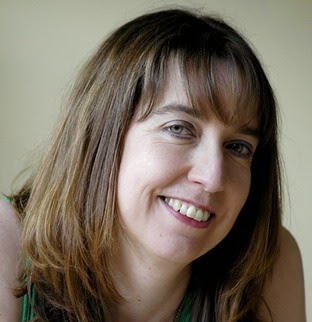 Sara-Jayne Townsend is a UK-based writer of crime and horror.  She was born in Cheshire in 1969, but spent most of the 1980s living in Canada after her family emigrated there.  She now lives in Surrey with two cats and her guitarist husband Chris.  She co-founded the T Party Writers’ Group in 1994, and remains Chair Person.

The first two books in her amateur sleuth series about Canadian actress Shara Summers, DEATH SCENE and DEAD COOL, are available as e-books from the MuseitUp book store: http://museituppublishing.com/bookstore/index.php/our-authors/70-our-authors/authors-t/420-sara-jayne-townsend

You can learn more about Sara and her writing at her website at http://sarajaynetownsend.weebly.com or her blog at http://sayssara.wordpress.com.

Oh my goodness, what a web of possibilities you weave with this story. What fun to write and sounds like a real winner to read. A love rectangle made me laugh! Best wishes with this series!

This post gave a very enticing view of the book. Nice job!

And the character of Shara,mmm, interesting and I'll bet she's a fun read!

Okay. You say you don't write romance, but this sounds like an intriguing romance to me! What snarls you have created for your character. You've made me add another book to my list.