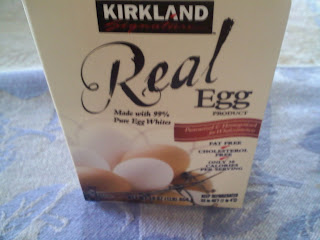 Weird pic, I know, but I didn't have any eggs!
Beth of Beth's Adventures inspired me to this somewhat-old-but-still-works metaphor. A couple of weeks ago, I taught a workshop in writing and marketing the short story. Most of the audience were newbies to the marketing aspect. When we got to that portion of the program, I was surprised by the resistance several displayed in submitting their short stories. I got strange questions such as, "If I enter this contest and win, then they'll want to put the story online and then it's published and I can't sell it to a 'real' market." This was for a no-fee online contest that paid a first prize of $700!

What you do when something like that happens is take the money and say thank you! and write another story. I wondered about this until I realized that, as new writers, the people protesting probably hadn't written many stories. So every story was like a precious, single, golden egg. To be treasured and protected and never broken (i.e. submitted just anywhere where it might make sell or win).

To make everyone groan, "You have to break a lot of eggs to make an omelet," AND "Don't put all your eggs in one basket." First, you need to make a lot of eggs to break. Write and write and write. Then repeat. This is even true of novelists. It takes on average 3 to 5 novels before a writer has written a publishable one. Plus, it's difficult to not keep your eggs in one basket (i.e. a few specific markets) if you only have a few eggs. After writing, submit and submit and submit. If you're writing short stories, start writing to the markets. The anthologies and contests that are specific...write a story for them and send them off. If it comes back, ship it to another market. That way you're not keeping all your eggs in a single basket.

This may seem obvious to more experienced authors, but I'm not certain about that? Every story is after all a delicate beloved baby. And rejections are painful. However, in my experience, if you have myriad babies out there then if they don't do well--write another. I remember coddling every single egg/short story at the beginning and then every chapter of my first novel. I've found it's much easier now to "let go" and move on.

What's your experience? How much do you write and rewrite? When do you release a work and submit it? What about other formats? Poets? Novelists?
Posted by Conda Douglas at 10:36 AM 17 comments: 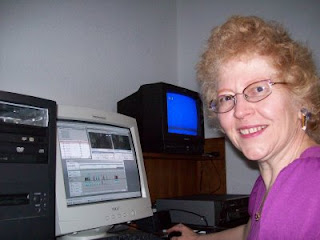 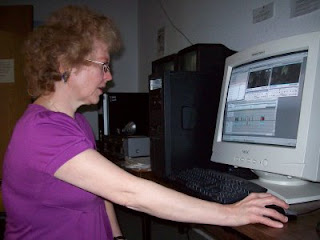 A couple of pics of me editing.
As promised, here's the second part of what I learned from participating in the i48 film festival. First, and most significant, there are so many creative people out there that are so good at creating--since most creative endeavors are done alone, it amazed me how many people in a small city appeared and made films start to finish in 48 hours. 60 teams! And how well creative people could work together, as so many of us work alone. Plus, I discovered that working with others meant that the creativity increased exponentially. Instead of blocking ideas, ideas flowed, building one upon another. Fabulous.

Second, working to an incredibly intense deadline showed how to focus and get-it-done. Make the decisions and move forward. Don't hesitate. Don't second guess. Go with the first gut impulse. It worked. Could it have been a better film if we'd had more time? Yeah, probably, but the surprising thing is, just not that much better. What did that teach me? It's not necessary to edit and re-edit, re-think and re-do most of the time. Sometimes the first draft is the best. Surprising, huh?

What do you think? Have you ever worked creatively in a group? What was your experience? How about working to deadline? Or letting your first draft be your last?!

Email ThisBlogThis!Share to TwitterShare to FacebookShare to Pinterest
Labels: Creativity, Dream On, Editing, Filmmaking, Happiness, How to Focus and Succeed, Priorities, Writing 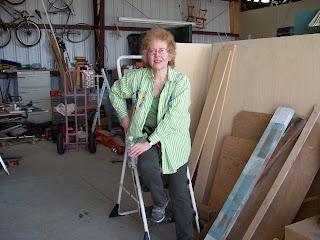 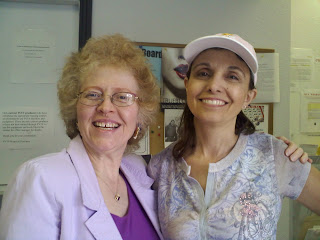 Next post: the creative process in a group.
Posted by Conda Douglas at 12:43 PM 14 comments: