AFRAID a review and afraid of changing genres? 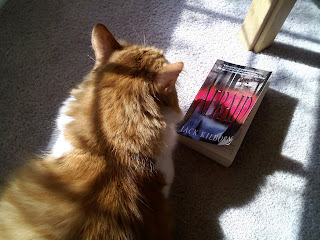 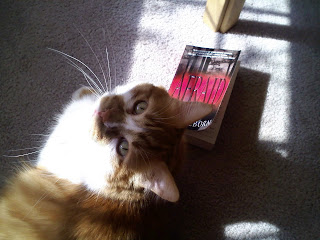 In some ways, the genres Konrath chose are closely related--Kilborn's Afraid is full of mystery, action and thrills. But the Jack Daniels series abound in fun, quirky characters whereas AFRAID has eccentric, egocentric and strange characters. Both have their share of evil individuals, of course. Perhaps the biggest difference is in the voice or "feel of the read" in AFRAID. This is visceral, ripped-out-guts, don't-turn-out-the-lights horror as opposed to a lighter, less violent, less ferocious style of his mystery series.

Did it work for Konrath/Kilborn to switch genres? In the case of AFRAID, I believe it did. Afraid is a strong book in the horror genre and a good debut novel for a "new" author. A good read, IF you enjoy horror.

And I believe I saw some good development in Konrath's pacing, characters and plot(I've read his Jack Daniels series as well). It's a danger, when you switch genres in "jack of all trades, master of none" but in most cases it stretches a writer to move into a different arena. An excellent challenge and growth opportunity--I certainly have noticed it in my own writing when I try something different. I suspect this is try of most creative endeavors--a painter using acrylics instead of oils, a musician trying rock instead of classical, etc.

So, dear reader, what do you think? Okay to change genres, try different formats and ways of writing? Or do you focus on working on one particular style and making it your own?
Posted by Conda Douglas at 10:10 AM

Email ThisBlogThis!Share to TwitterShare to FacebookShare to Pinterest
Labels: Creativity, Dream On, Editing, Happiness, How to Focus and Succeed, Priorities, Recipes, Reviews, Writing

Oooh, I'm going to look for Afraid, just to see what Konrath's done! Thanks.

Yes, Helen--if like me, you enjoy some juicy, blood raw horror!

And do you change genres?

Conda, I think your question applies to all art media, styles, and genres. I have a lot of conflict between committing to either painting, photography, digital art, or writing.

And then there are the secondary conflicts, like those you mentioned. Sci fi or horror? Psychological or blood, gore, and guts horror? Watercolors or acrylics?

No easy answers come to mind when considering these conflicts. I think the important thing is to keep creating, and keep growing in our creating.

Unless one's aimm is to become known and possibly very successful in one genre. Then, of course, stick to one thing and take it as far as you can!

Lynda, you're so right--I've known creative people who do too much "new genre"--always trying a different format and never settling in and getting good at any style.

Thanks, Joe! And at 18 pounds, he's pretty scary (if you don't know what a wussy boy he is) himself!

I believe it's good to change things up. It keeps you on your toes and inspires you to follow through.

Sometimes people get into a rut where they feel comfortable. Comfort is always nice but it can lead to stagnation. No one wants to be stale.

In the same breath, focusing on one style can lead to excellence. We have all seen those who have exceeded perfection and rose to the top.

I think change all depends on your level of commitment to it.

Good points, Muse--and of course there are different ways of "changing things up". If you try something new and different for a reason--do flash fiction to learn to make every word in your novel count, then I think in one sense that's doing both focusing AND changing! Two for one!

I believe that the techniques of good writing can transfer from genre to genre. That said, I know that the art of world building in fantasy and sci-fi is that, an art that must be learned and practiced.
I think changing genres keeps one's writing fresh and ideas coming in. However, the publishing industry seems to work against it, demanding series novels and even psuedonyms like Joe Konrath has to use when switching to horror. I think perhaps we underestimate our readers.

I believe you're right, Kathy, as you so often are about writing. We should trust our readers more. Remember Stephen King and how he sold plenty after he revealed his pseudonym?