Why write short stories? To sell, of course. 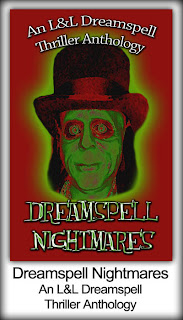 POD technology gets cheap.The e-book arrives and takes off. Turns out the "wisdom" was wrong. Turns out readers love to read short stories.When print was all there was it was difficult for readers to find magazines and anthologies, for they were few and far between and often expensive. Even single "famous" author collections were rare. But now many small publishers publish short stories, as a stand alone e-book or in an anthology, or both. Now there are a variety of online magazines, for all sorts of tastes, that publish short stories. Some of those magazines do both print and electronic, now.

This post came to mind because I'm doing a talk on "Selling the Short Story" to the Twin Falls Chapter of the Idaho Writers League. And boy, now the writer can really sell those shorts! I'm published/being published in several magazines/anthologies/e-book stand alones. Including a print version of a previously e-published short story by Big Pulp.

So write short and sweet and sell!
Posted by Conda Douglas at 4:00 PM

Email ThisBlogThis!Share to TwitterShare to FacebookShare to Pinterest
Labels: Books, Creativity, Dream On, Editing, Happiness, How to Focus and Succeed, Seeing is believing.

Good for you, Conda! And I really love that cover.

So true about publishing changing.

Great advice that I'm happy to ditto. I love this brave new world where authors can do what they love. :-)

Carol, thanks! And I agree, the cover pops!

Since like you I have a short story in Dreamspell Nightmares, I wanted to comment. I write novels but I also love writing and reading short stories. The anthologies that L&L Dreamspell has published, including the six that feature my short stories, are exceptionally well-written.
Say hello to the Twin Falls folks for me. I believe the library ordered my latest novel THE TRUTH SLEUTH.

Useful info'. I knew that things were changing, of course, but that particular change had not occurred to me. Thanks for the tip.

Well said, Conda. I have a serious addiction to writing short stories and there's no cure for it. I love this line: "So write short and sweet and sell!" Best regards to you.

Hi Conda. I'm a Dreamspell Nightmares author too ("Pre-Owned Jeans") and a short story writer and poet by choice. I think there've always been short story markets even before e-zines though, if you knew where to look for them and didn't mind not getting very much $ for your work. We called them "semi-pro" markets back then and nowadays market listings like Ralan's (www.ralan.com) still categorize short story markets by pay levels.

Seriously, for short story markets I do a lot of looking for markets that take reprints as well as new work in order to get older stories back into circulation. That way even penny-a-word (and worse) sales begin to add up and, even if circulation can be low especially in more obscure print-on-demand anthologies, multiple readerships add up too. (If you'd like, check by my site, http://jamesdorrwriter.wordpress.com to get an idea of the variety I, at least, have been able to sell to lately.)

Sounds wonderful, Conda! I wish you all the luck and continued success and inspiration.

I have seen the way the internet aids and abets my need to have my art seen, but I have not investigated e-publishing for my stories and novels. Maybe I need to revisit that one day, when I'm finished with my art. Although I don't foresee that happening any time soon. Life can be so rich as to be totally confusing!

I think I told you that at one point I did participate in an excellent online writer's workshop. I miss it, but haven't the time for both writing AND art!

I've got to read one of your stories one day soon!

Jacqueline, I sure will mention you, and L&L Dreamspell is high on my list to submit to, they do a great job. I've enjoyed your stories as well!

Yes, Dave, if you write short stories it's great!

Earl, I've enjoyed your posts on SMFS and elsewhere--and your stories. So great to find another addict.

James, you make excellent points. Some of my first pubs were in the "semi-pros". And reprints are gold. My story coming in the Fangtales anthology in a couple of months is one.

I haven't been over here for a while. I've gotten a bit blogged out lately. But now I see you haven't posted a lot over the summer either, so I feel a bit better :-)

I came over to thank you for tweeting my current post to your Twitter followers! How kind of you.

As for short stories: my favorite form of writing. I was a teenager in the Fifties when there were dozens and dozens of magazines--Redbook, McCall's, Good Housekeeping, the weekly Saturday Evening Post, etc etc--that published short stories, and PAID fantastically. I kept trying to write a story that one of them would buy. Never did, but I had fun.

I still have a yellowing copy of Redbook's Famous Fiction magazine $1.95, 1978, containing 25 Great Short Stories. Ah, those were the day. And gone are those days. Redbook's now "slick" like all of the others, and no more fiction (short stories and short-shorts, and the famous Redbook Novella; I have a May 1955 Novella in my files that has given me an idea for a screenplay.

The fun thing is with the Internet I can Google the writers of this time period to see where they are now, and if they're still on planet Earth. Such fun!

Now as story writers we have to search out online sites, which you've done well. Congratulations on the stories you've had published! (Like you, I started writing when I was a kid, in first grade actually, and never stopped. I guess I, too, could call it an addiction, but a good addiction, I think!
Ann Best, Author of In the Mirror, A Memoir of Shattered Secrets

I agree Conda. Last year I publish a short stories collection My Darcy Mutates...and it has been selling very well. I'm quite surprised because everyone told me they like very very long novels.

Every Savage Can Reproduce

Ann, yes, I'm addicted, like you, to short story writing, so much fun! It's so great to have so many more new venues, just like the old days (sorta).

And this summer has been insane...

Enid...I think readers adore short stories, but just get them. My Darcy Mutates is an excellent example.

Fantastic cover! You're right -- the world is changing now, opening up new opportunities for writers!