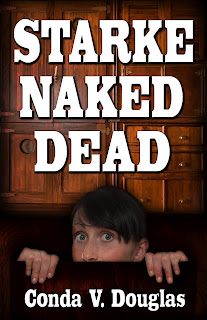 About to be released!

Today is about one of writers’ occasional but major frustrations: when characters in a novel draft suddenly appear in a book and take over, sometimes a scene, sometimes a plot, sometimes the whole book. This happens to me at least once in a novel, sometimes more. Somebody pops up and says, “Here I am. I’m saying this and doing that, deal with it already.” Then I, the author, get up, stomp around the room, curse, hopefully colorfully, and realize that often the character is a great gift. A gift that requires the writer, me, to do some more work, sigh. But usually the new character has something to say/do/change that improves the book.

Here’s one of my favorite characters that popped up and took over, darn and bless her, and a recipe from her restaurant, Mama Chin’s Save On Café. For more of Mama Chin, read Starke Naked Dead, my mystery novel out in May!

And writer readers, does this happen to you, too?

For the rolls:
2 cups flour
(Mama Chin uses unbleached when she wants a bit of fluff, or whole wheat when she wants a nuttier flavor, or half and half when she’s in an indecisive mood. Note: whole wheat will make these rolls a touch drier and more crumbly and people will use their fingers to catch every crumb.)
½ tsp. salt (may be omitted)
¾ cup milk (soy and rice milk also work)
2 generous tsp. baking powder
4 tbs. butter or margarine or Crisco
(But Mama Chin only uses butter and would slap your wrist if you suggested anything else. She thinks she’s being wild and crazy using whole wheat flour. Okay, she’s a traditionalist, but the Save On has been in business for almost a hundred years with the same family owning the café, so sometimes tradition works!)
1 generous cup walnuts or other nuts (may be omitted)
(You can also add 1 cup raisins or other dried fruits, but don’t tell Mama Chin as she hates raisins. She thinks they look and taste like rabbit pellets and she’s not talking about rabbit food.)

For the filling:
4 tbs. butter softened
(Again with the butter, Mama Chin buys it by the caseload.)
½ cup brown sugar
(And Mama Chin buys almost as much brown sugar.)
2 tsp. cinnamon (or more if you like cinnamon)
1 tsp. vanilla

Topping: Melt the 4 tbs. butter in an 8-9 inch round cake pan. Remove from heat. Add the 4 tbs. brown sugar and 2 tsp. cinnamon. Mix well and create a thin layer over the bottom of the pan.

Filling:
Cream together the butter, brown sugar, cinnamon and vanilla.

Rolls:
Sift dry ingredients together. Blend in shortening. Add milk until dough forms. Roll to ¼” thickness, in more or less a rectangle. (Mama Chin always says that imperfection shows it’s homemade.)  Spread the filling in a thin layer with a spatula. Now is the time to add walnuts or dried fruit on top of the filling. Roll like a jelly roll tucking the ends as you go. Then cut into six rolls (for HUGE rolls) or 1” slices. Place rolls in pan and bake at 425 for 15 minutes then reduce heat to 325 for another 15 minutes. Done. Eat!

Posted by Conda Douglas at 5:18 PM

Thanks, Kathy! I do too. It's a good representation of the goofy of my novel.

Ha ha! It's annoying when it happens, but I loved your description of it. Although now I'm craving cinnamon rolls...

Caryn, these cinnamon rolls are easy and fast to make and delicious--not to tempt you ...